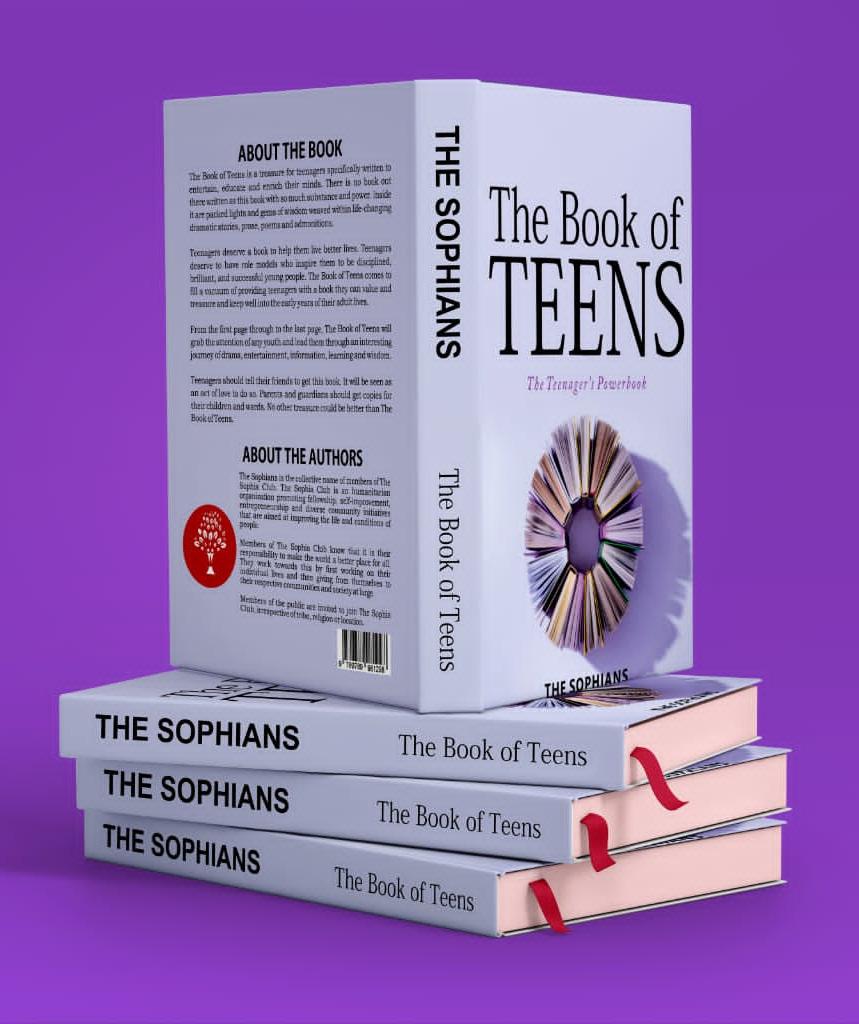 You cannot deny that there is a darkness of immorality engulfing the minds of young people today.

The tentacles of this darkness are finding their way down even to teenagers and preteens and threatening their future.

With the ongoing miseducation and mental corruption going on in their lives through the dark contents on television and the internet, their future can be thrown into destruction if nothing is done about it.

If the fate of society lies in the coming generations, with the onslaught of their minds by the forces of miseducation and perversion, then society will be brought to ruin more by a monstrous wave of immorality than by economic underdevelopment.

This is why The Book of Teens showed up as a self-help treasure to begin its journey of righting wrongs in the minds of young people.

This self-help book was written by 15 members of The Sophia Club. The Book of Teens is a collection of stories, poems, and admonitions designed to enlighten the minds of teenagers.

Composed of 40 chapters, 366 pages, and easy-to-read letters, The Book of Teens carefully entertains its readers with dramatic and suspenseful stories, planting within them wise counsels, principles, and nuggets of life.

Poems within the book move its readers through vivid narrations that are short and very instructional. The admonitions within the pages bear on the minds of the readers with the gentle voice of a parent.

The Book of Teens is a powerful resource capable of transforming the minds of teenagers and helping them have better perspectives on life. It has characters that are teensmart

The reviews received so far from parents, teen mentors, adults, and teenagers reading The Book of Teens proves that the book is doing well in its purpose of positively impacting the minds of teenagers in no small way.

The 40 chapters of the book are:

Chapter #6: Beware, My Friend! by Adepoju A. Samuel
Chapter #7: Let’s Talk by Sola Bodunrin
Chapter #8: A Note To My Diamond Teen by Elizabeth Ashaolu
Chapter #9: Diamond Girl by Chizobam Eze
Chapter #10: I Am by Mansour Onyekachi Anyajike

Chapter #26: A Note on Self Perception by Adedayo Beckley
Chapter #27: Being Eighteen by Blessing Philip Asaoye
Chapter #28: Learning Money Lessons Now by Oluwole Olusanya
Chapter #29: You Are Not Alone by Adepoju A. Samuel
Chapter #30: Your Mind Is A Pathway by Aliibrahim Chioma

Below are some of the published reviews received so far. 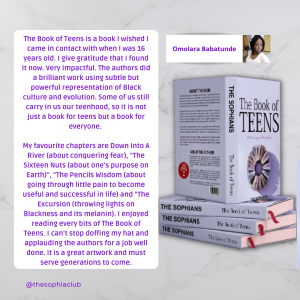 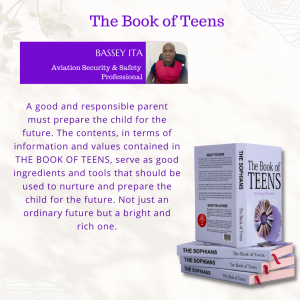 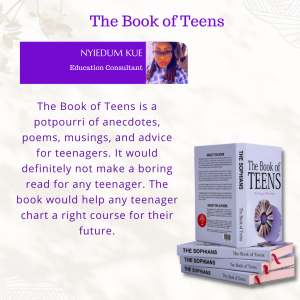 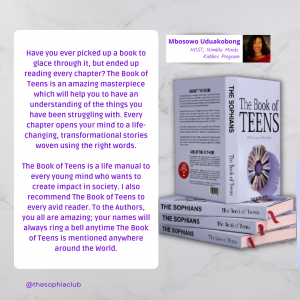 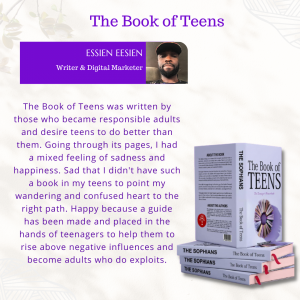 Downloadable PDF copies of The Book of Teens can be purchased on http://selar.co/bookofteens

Hard copies of The Book of Teens are selling for N2,500. Orders can be placed by making payments to

Contact a Representative to complete the order and delivery arrangement:

How To Be A Member of The Sophia Club

The Sophia Club releases The Book of Teens