It’s sickening what the internet is becoming with the Nigerian celebrities, and it’s alarming the rate at which they influence young persons. Ideally, the internet should be about showcasing our talents and selling our profile, but these crops seem to have nothing to offer save for their nude bodies. Now they have gone the extra edge to perform sexual acts in front of the camera.

Recently, some nude videos of these so-called celebs in their obscene states went viral. Whether the recordings were done deliberately or not, whatever gets posted on social media, has the capacity of earning a global view. These supposed celebrities made a show of shame for their talents and brands, as well as dragged the image of other Nigerians to the mud – as they would be referred to as Nigerians.

One wonders what these crops of morally decadent celebs are trying to sell. The annoying thing is there is no sort of remorse from these individuals – they just go about life like nothing had happened, and did their thing, even winning more followers. But the ugly truth is, if these offences are not checked or punished in any way, they trickle down to the young follower who immediately adopts it as a way of life.

Take for instance, in public places, inside commercial buses; young people in their numbers, comprising opposite sex, are wearing obscene clothes, hugging or kissing, visiting places where their parents would rather they don’t go – if at all alone. And this is increasingly becoming the trend in most parts of the country. These characters, which are alien to us, and which are morally questionable, owe their boldness from such videos being brandished by the celebrities – and insofar as the offenders are never punished in any way.

Some countries would not frown at such ills coming from the celebrities themselves. These so-called popular individuals may either lose their brands or be made to pay for damages to viewers. These celebs are supposed to be ambassadors, not only to their brands but for the country as well.

Such a show of shame in complete nudity, for whatever reason, should be considered despicable. They obviously have less moral regard for whatever content they dish out to the public. To this end, these individuals owe us unreserved apologies; and equally, they deserved to be punished for their acts. This further shows they aren’t worth our respect.

Some people may argue that anything is permissible on the internet and people have a choice as to what they choose to consume. Let’s not forget also, that someone could bump into certain contents, unplanned; besides, there are young and curious minds who just want to explore – without caring the harm some contents would do to them. When those contents are dished by celebrities, it is indeed the highest form of irresponsibility.

Today, we decry cultism in our primary and secondary schools; we decry rape and all manner of sexual abuses; we condemn ritual killings – and now young people are being initiated as in the case of the school girls caught with human heads. How did these young people get to this point if they were not influenced and emboldened by a pervasive culture that allows evil to thrive without any reprimand whatsoever for the offenders?

We cannot absolve ourselves of the anomaly and decadence currently sweeping our country and young generation if we say those celebrities have a right to what they do and how they expose themselves doing pornography – two videos recently come to mind that went viral.

Obviously, these celebrities in their youthful exuberance and irresponsibility do not care about the damage their careless videos hold at the moment. But what happens in years to come, when they are tired of showing their bodies, and these videos remain on the internet?

It will do well if these celebs come clean to tell us they are pornographers and not artists or actors as we mistakenly presume they were. If this is the case, then at least we know that their contents would be censured and kept away from the prying eyes of the young Nigerian especially.

For those who have carelessly allowed us to see this show of shame and madness, we deserve an apology. 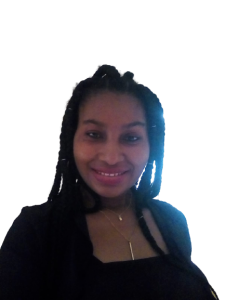 My 5 Minutes Moment with Truth

How To Undo Depression with Soul Therapy