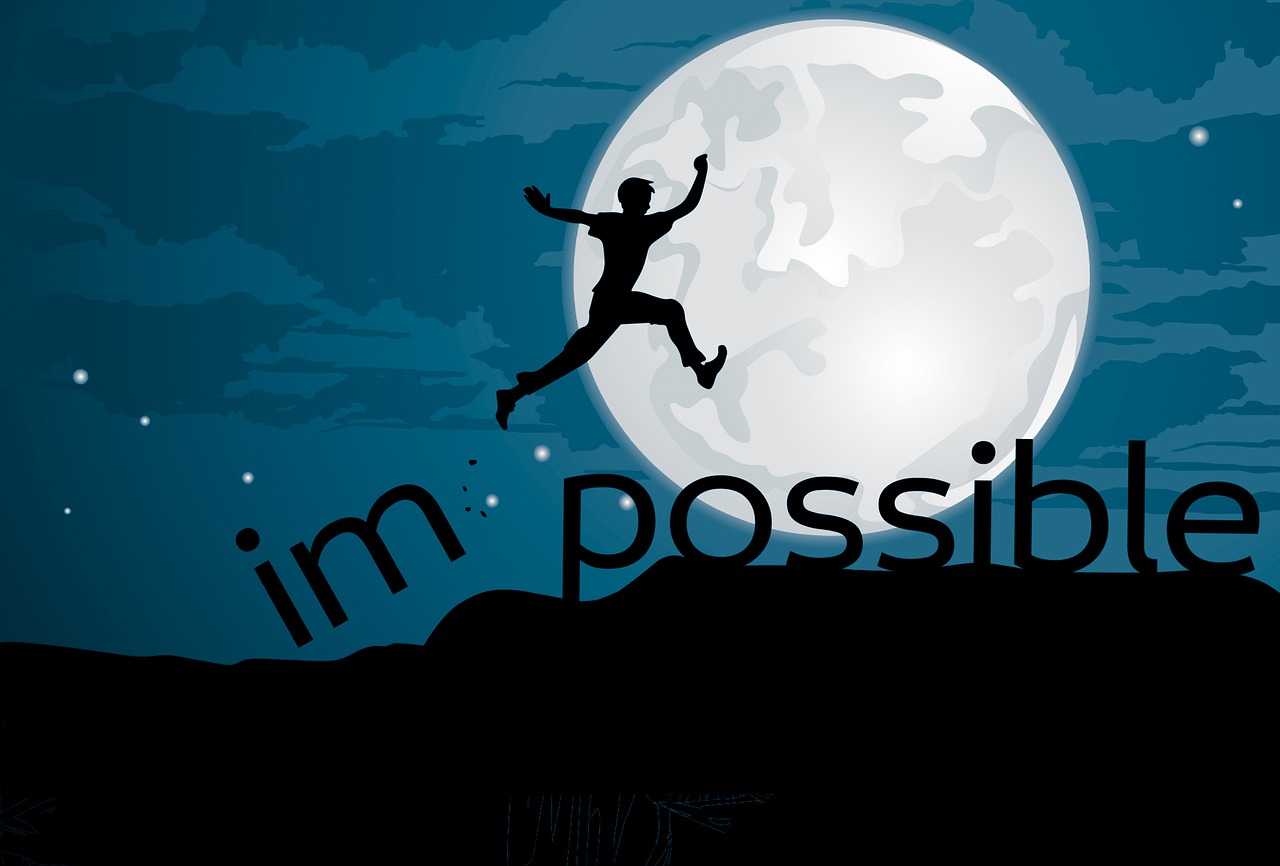 Let us face this blunt statement. Making resolutions at the start of a new year is an exercise in futility for the majority of people. Too many people fall for this trend year in year out so that they can play along with the wave of the season. Then, like everyone else, they carry upon themselves a personal label of goal-oriented seriousness. A few weeks later, they cover up their shame of not being able to hold on through the execution of their resolutions and then move on with their lives as they have been doing it, without anyone talking about it.

New year resolutions have become like yuletide mantras which fade away as soon as the season gives way. Once January is out of the way, resolution returns home to the dictionary to relax in front of a sunny poolside with a glass of juice.

The reason why people break their resolutions not only lies in their lack of discipline but chiefly in their misapplication of resolution.

It will be difficult for you to enforce a resolution in any area of your life if there is not a sincere dissatisfaction with a situation or if something is not at stake that you have to give up another thing for.

Resolution in itself is not bad, but resolution made under the frenzy of a new year is deceptive and leaves you with a hypocritical decision to live a better life.

We shall consider five reasons why people fail at new year’s resolutions. The first is a lack of clarity and high expectations. The second is a misplacement of resolution. The third is a lack of belief in yourself. The fourth is a lack of activity, and the fifth is not knowing your why.

The primary motive behind making resolutions is the desire to engineer changes as regards a situation concerning the individual. Unfortunately, these fall short in effect because the individual made the resolution on the spur of the moment, during the start of the year, rather than after a thorough assessment of things.

It should only be by coincidence, or by a sequence of unavoidable events if resolutions coincide with the start of a new year. Resolutions should be made as often as you are making your journey through life, turning mistakes into opportunities of learning, transmuting bad self-image to a more empowering one, and repainting your perception of the world and of people in order to enjoy yourself in it. The resolve to effect these is a resolution in itself.

Until you do a thorough analysis of yourself to see clearly what needs to be done, why it should be done, and how such is to be done, you will build high expectations on goals that you don’t really understand.

Let us take clarity a little further. Clarity is having full understanding regarding a goal you just made, how it is to be executed, what it would demand from you, the things you will give up in its pursuit, the people and places you will give up, the places you will have to go and people you will have to meet, as well as the mindset required to “stay in line” during these moments. If you are not clear about your goals, not doing one of these will become a pullback, the thorn in your flesh until, in order to romance the pain and feel secure in your comfort zone, you give up on your goal rather than cut that thorn off.

The misunderstanding people have of the word “resolution” is that it is a once-in-a-cycle act, a yearly ritual that happens mainly in January and happens again the next January.

The “new year” added to “resolution” emphasises the importance and seriousness with which people identify the beginning of changes to their lives with the start of a solar year. That in itself is good because the individual joins forces with Nature and the planetary systems to align personal changes with the movement of the Earth around the Sun and the Sun’s movement through the Universe. It is like an overweight woman trying to lose weight by jogging after a moving car for monetary reward down to the finish line.

The real deal here is that resolution is an everyday affair. Resolutions are made by individuals as often as possible in order to adjust themselves and their circumstances to their Big Picture. Their Big Picture is their ultimate goal of what they want for their lives which is inspiring all the actions and decisions they are making in their lives every day.

Several people don’t make new year resolutions because, through the previous year, they made resolutions that concern their lives, career and destinies as many times as possible. They gave up on what isn’t working for something that works. They made subtractions and additions, which actually is the mathematics of resolutions. Take stuff out, take stuff in. New form. This happens often.

#3 Lack of Belief in Self

No person succeeds who thinks he can’t. Those who think they can are always those who do.

Making resolutions and living through them is like signing up for a marathon. If you start it, you have to run the race to the finish line. If you stop midway or fall back when you actually can reach the end of the race, you spell weakness for yourself, a lack of belief in yourself to step foot on the finish line. And that affects the confidence to make resolutions another time.

People fail at keeping up with their resolutions because they come to a moment when they declare to themselves that they can no longer do it. They can’t take on a new habit and a new mindset. They can’t give up old aspects of themselves or pursue a goal or go to unfamiliar territories; they can’t leave their comfort zones! The hard work required to follow-through resolutions thrust them back to their old selves.

Too many people don’t really want what they tell themselves and others that they want. If they do, against all odds, they will take the necessary steps towards realising their goals, no matter how difficult it is. Take note of the words “necessary steps”, implying that a series of actions will be demanded for a goal to be realized, from point to point. Because people are of the delusion that by just wishing for something they already have it, they wait for natural forces to take the actions that should be done by them.

See it this way: someone resolves in her mind, or in writing, to start up a company. It is a resolution she made to replace her boring and stressful employment. She keeps the idea in her head like a bubble, swelling it the more she thinks about the thrill and independence of being her own boss. She tells her friends and they cheer with her. But it stops there. Lady in question did not bother to do a feasibility study on her choice of business or to begin the necessary registration of the business. She did not begin to channel her savings into realising these goals and then by spending on some few material things as she is fond of doing, she begins to go broke and would need to stay more in her employment for more savings. The days go by and it’s almost another new year’s eve and she’s about making another resolution to get another employment somewhere. Her goal to start a business was abandoned.

Whether it is setting up a business, correcting character flaws, developing yourself to meet new opportunities – whatever it is – you must do what ought to be done, otherwise, the resolve to be what you want to be or do what you want to do will fade away.

There is what is called the Law of Diminishing Intent which states that “the longer you wait to do something you should do now, the greater the odds that you will never actually do it”. When you make resolutions, begin on them today, and not tomorrow, otherwise, you will get nothing done.

The biggest reason why most New Year’s resolutions fail is that people know what they want but not why they want it.

If you want to be knowledgeable, your why might be to be able to teach and enlighten people, and that means you will have to expose yourself to learning opportunities through books and classes. If you want to cultivate the manners of a gentleman, your why might be to earn respect from people, woo the crush of your life, or sneak into circles above your class. This means you have to give up old manners, learn how to be well behaved, and then enter the character by looking the part.

If your resolutions don’t have a strong WHY you will lose motivation along the way and slide back to your old self.

The more specific you can make your goal, the more vivid it will be in your imagination, the more encouraged you’ll be, and the more likely it is you will succeed at it.

In the next 365 days, starting 1st January, don’t begin your life with a list of resolutions. Don’t! Remember, if you have not been sincerely dissatisfied with the thing you want to change, its cycle will not be easily broken. Rather than make resolutions, plug into a mental programme for your life through which elements of self and situations that don’t align with your programme must of necessity be deleted. As this programme runs your life and activities through the new year, what cannot stay will have to move out and the space will be taken over by a more empowering element.

We Are Energy Receiving And Transmitting Stations